Incredibly clean and rare 1988 Porsche 911 Club Sport in Guards Red over Black interior. This '88 Club Sport is one of just 21 delivered to North America for 1988 and it's also the only '88 North America Club Sport painted in Guards Red. The car started new at Beck-Hendrick Porsche in North Carolina before making its way to one of the most impressive Porsche collections in Colorado some years later. The Club Sport was acquired by one of our Porsche enthusiast friends in the Kansas City area last year and has decided to give another enthusiast an opportunity to continue the preservation of this very rare 911.

The 911 Club Sport is a reduced weight version of the standard Carrera and some have rated the Club Sport as being second to the 1973 RS when ranking the 10 best 911's of all time. Changes made to reduce weight included A/C delete, radio delete, rear seat delete, reduced insulation, no sunroof, no PVC undercoating, manual windows, non-leather sport seats, fog lamp delete, hollow valves, simplified wiring harness, altered hood release, passenger sun visor delete, lids for door storage removed, model designation delete, and more which totaled an estimated 155 pounds of weight reduction. When new the Club Sport had a rated top speed of 150 mph and would sprint from 0 to 60 mph in 5.9 seconds. 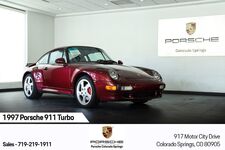 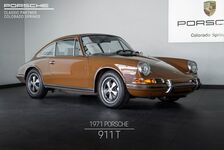 2017 Porsche 911 Carrera Cabriolet VIN: WP0CA2A92HS141283, #P3348, 19/28 MPG Price
Total Price:
$94,990
$1738/mo
Interested in this vehicle?
This vehicle has many great features, but we understand that you still may have questions. Please use the form below to request additional information and we will respond with all the answers you need.
Visit Us
Porsche Colorado Springs
917 Motor City Dr
Colorado Springs, CO 80905
Get Directions
Hours
Sales: 8:30 AM - 6:00 PM
Service: 7:00 AM - 6:00 PM
Full Hours
Contact Us
Our team of experts is here to answer your questions!
(833) 212-9660
Send us an Email
All pricing and details are believed to be accurate, but we do not warrant or guarantee such accuracy. The prices shown above, may vary from region to region, as will incentives, and are subject to change. Vehicle information is based off standard equipment and may vary from vehicle to vehicle. Call or email for complete vehicle specific information.