Market Price:
$275,000
Dealer Handling:
$689.95
Total Price:
$275,690
Incredibly rare, incredibly clean, and incredibly well documented 1965 Porsche 911 Coupe with sunroof in Lilght Ivory over Beige Leather interior. This very early numbers matching 911 was delivered new in the northern Italy region of Europe and remained in Europe for most of its life. The car went through a complete restoration from 1994 - 1995 to get it back to its factory original condition and has been meticulously cared for since. The car came to us from a long time Porsche enthusiast friend of ours that preserved the car during ownership to maintain originality and it's current overall condition shows very clean.

During previous ownership cloth seat centers had been installed after removing the original leather covers which were stored and currently remain with the car. The 911's original horn grills have been well preserved and stored along with original Solex carburetors. The tool kit, jack, and spare wheel with tire are complete and in very clean condition. Our Factory Trained Porsche Classic Technicians have inspected this 911 to ensure it's ready for the next owner. 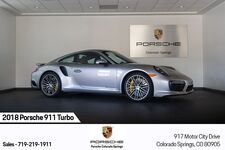 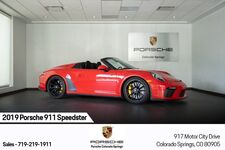 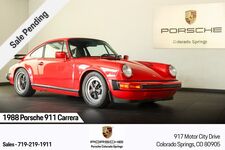 1988 Porsche 911 Carrera Club Sport VIN: WP0AB091XJS125068, #C267 Price
Total Price:
$289,690
$5403/mo
Interested in this vehicle?
This vehicle has many great features, but we understand that you still may have questions. Please use the form below to request additional information and we will respond with all the answers you need.
Visit Us
Porsche Colorado Springs
917 Motor City Dr
Colorado Springs, CO 80905
Get Directions
Hours
Sales: 9:00 AM - 6:00 PM
Service: 8:00 AM - 1:00 PM
Full Hours
Contact Us
Our team of experts is here to answer your questions!
(833) 212-9660
Send us an Email
All pricing and details are believed to be accurate, but we do not warrant or guarantee such accuracy. The prices shown above, may vary from region to region, as will incentives, and are subject to change. Vehicle information is based off standard equipment and may vary from vehicle to vehicle. Call or email for complete vehicle specific information.